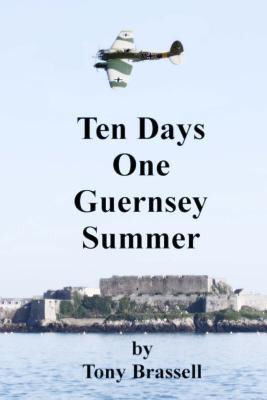 This one amongst the peaceful Guernsey group of islands. A family living a quiet life, most of the inhabitants never having left the islands and then we have forced evacuation. First their eldest girl taken from them along with many other school children and sent by ship to England. For the family and the child it was devastating. The child recovers swiftly as she is placed in an aristocratic home in Scotland with many comforts - a stark contrast to the simple life in the island. For her parents it was an uneasy time, subsequently having to take decisions to move out themselves when the islands became occupied.

It also descriptively and in detail sets out the life of a bomber on the other side. His daily forays, his ideas, his total commitment to the German cause and the orders he undertakes without question as to the damage and suffering he causes. His diaries reveal in great detail the life he undertook when he joined the German airforce.

This was a poignant, emotional read but not a soppy one. It was pragmatic and down to earth at the same time. Both sides knew that this had to be gone through - at whatever price.

Sent to me by Netgalley for an unbiased review, courtesy of BooksGoSocial.
Posted by Mystica at 6:54 PM

I was thinking about Guernsey this week when I watched the movie based on the book Guernsey Literary Potato Peel Pie Society. A mouthful.

But I also love reading books about island life. This one sounds tempting.

Thanks for sharing, and for visiting my blog.

This book got my attention wondering how it compared to Guernsey Literary Potato Peel Pie Society. I am glad to know from Lauren that there is a movie.

One for me I think as it is set on our sister Channel Island of Guernsey - I live in Jersey and they are very similar. Sounds like a good story especially as it isn't too soppy!

Well, now you have me curious. Nice review, just enough info to get me interested.

I need to read this one. I loved Guernsey Literary and Potato Peel Pie Society. Also Guernsey produces some of the best postage stamps.