The Word Game by Steena Holmes 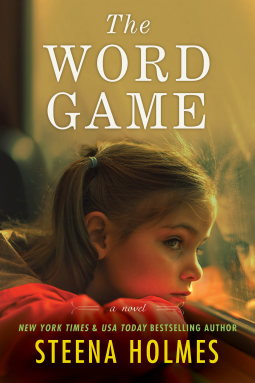 The story is well told and is a dilemma which most parents will never want to face. Do you back off when it is The subject of child abuse is very much around us these days. I wonder sometimes that it must have been happening decades ago but no one spoke about it, or they kept it hush hush as it was something that the victim had to be ashamed of. I am glad those days are behind us and from a very small age, children are taught what is appropriate or inappropriate behaviour. But what does one do when the perpetrator is someone who is close to you - part of the family.

Alyson and Tricia are close as adult sisters but certain chapters of their life are a closed book. Opening it is going to be painful. Both sisters have loving husbands and children whom they dote on. Alyson in particular is ultra protective of Lyla and wants her around all the time under her eagle eye. She knows what careless parenting can lead to and she is not going to let what happen to her happen to her only child.

On the first sleepover that Lyla goes to and that to, to her Aunt's house - an incident happens. This spirals into something deeper and darker than just childish pranks. The children are just ten, eleven and thereabouts but what divides the family is when Alyson takes matters into her own hands on a remark made by her daughter and springs into immediate action.
not your child involved? do you get involved in a situation where you know the backlash is going to be awful? do you pretend?  Very sensitively handling of a difficult subject, this is one author I will be looking out for in the future.

The book sent to me by Netgalley for an unbiased review, courtesy of Lake Union Publishing.
Posted by Mystica at 4:25 AM 4 comments: 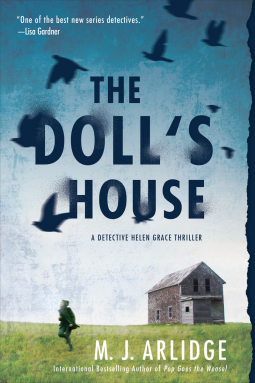 This was my second read by this author highlighting Detective Helen Grace. I am only sorry that the balance reads by this author on Netgalley are archived as I have heard a lot of good things about the books I have missed!

Helen is on the trail of a killer. As usual no one believes that this is a serial killer, that he has killed before and gone undetected and will kill again. His modus operandi is harsh and heartbreaking. He starves his victims to death and right now we know that one girl has been reported missing. Working on her own with the help of people within her department and those whom she can trust is the only way Helen knows that will save whoever is in the clutches of this killer. The higher ups do not want to believe her and her boss Harwood hates her guts. So things have to be done privately.

Harwood on her own is setting Helen for a fall which will take her out of the Police permanently so Helen is working against the odds.

This is a nail biting mystery/murder and the reader is left literally on a cliff because as you turn the pages you know there is going to be another twist in an already twisted tale!

Sent to me by Netgalley courtesy of Berkley Publishing Group, for an unbiased review.
Posted by Mystica at 1:00 AM 5 comments:

Before the Fall by Noah Hawley 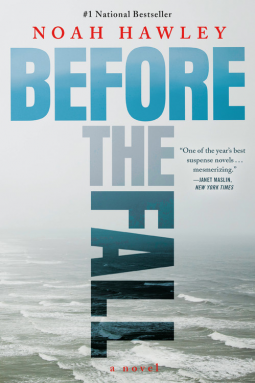 The book was a bit eerie as it brought back rather terrifying memories of Germanwings and the utter randomness of the crash. It also brings very much to light that however rich you are, you cannot provide for all eventualities and some things are very much your fate.

Six rich people, and one unemployed painter along with a very knowledgeable crew depart for a very short flight to Martha's Vineyard. The invitation for three of them was random and offered by Maggie as she felt that the private jet was flying with just four of them and why not offer a free ride to those who also wish to go there. Maggie was simple and straight forward and offered this out of the goodness of her heart.

The crash and the subsequent story is looked at from several points of view. The media is in a frenzy as one of the people on the flight was to be arrested the next day and did this point out to some attack by someone who wanted to silence him. On the other side David Bateman was a millionaire several times over and did someone try to silence him. The media company that David runs seems to think that the unemployed painter's presence was very suspicious and goes all out to paint him as the villain and there is the terrorist angle to think of as well.

The twists and turns in this thriller are just that. You literally have to turn the page to know what is going to happen next and the outcome is strange - for me it was an anti climax and so fantastic, that it of course was absolutely believable.

The power of the mind, the psyche and how we think and the unfortunate invitation to people out of the blue changed the lives of so many forever. Wrong place at the wrong time.

Going back in time, tracing history of each and every person on the flight, unravelling personal and family secrets, exposing all to the media to the FBI, to the NTSB - nothing is sacred to an investigation of this kind.

This was a marvelous read.

Sent to me by Netgalley for an unbiased review, courtesy of Grand Central Publishing.
Posted by Mystica at 6:43 AM 6 comments:

Everything I Never Told You by Celeste Ng

A mixed race family will anyway face questions. Even today it is very often so. At the time this story is set the family is an unusual family unit. Only one of two families of Chinese American ancestry. The parents know that perceptions of people around them are biased and prejudiced but they pretend they do not exist and live in a little vacuum thinking everything is going on smoothly.

The pressure on Lydia to excel and become the doctor her mother could not become is the start of a cycle of events ending with the sudden death of Lydia. Her brother's acceptance at Harvard seals the fate of the family because for Lydia,  Nath has found his freedom and the way to escape from a house which has now become a prison. Hannah the youngest is all but forgotton in the drama of Lydia and Nath's lives coupled with their parents and it is only at the very end that she comes into her own as an individual.

The story is a heart breaking one. Parents not knowing what is going on in their children's lives and knowing only in hindsight that things have gone horribly wrong. Too little too late and something you can never rectify. For someone to have to live with that for the rest of your life must be horrific.

Ms Ng brings the story very much to life.Sad though the story is it is a very good read and another book which one had to read quickly.
Posted by Mystica at 3:29 AM 6 comments: