The Jewelled Path by Rosalind Laker 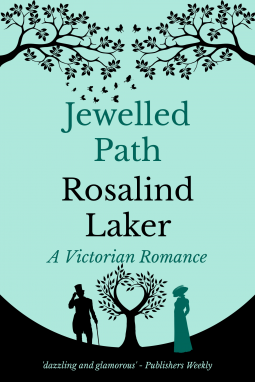 Irene has been born into a jeweller family but she gets scant encouragement from her hide bound father, despite being very talented and accepted into a training school against severe odds. Her support comes from her step mother who understands Irene's talent and the need to create.

The time is the 1890s and a time of great change for women particularly. Going into a trade would have been totally forbidden before but Irene is determined to make some kind of life for herself and this she does. It happens slowly but she evolves into a determined business woman having her own salon and taking over the mantle of her father on his demise.

Her love story was another aspect of the book and for me it was two separate stories though albeit linked because both men in her life were very closely linked to jewellery themselves.

A book sent to me by Netgalley for an unbiased review, courtesy of Endeavour Press.
Posted by Mystica at 12:30 AM 3 comments:

The Truthful Story by Helen Stine 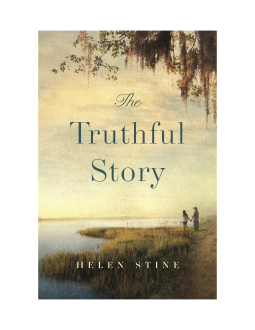 Nannie's death affects many people. Her daughter who cannot express her grief openly, and particularly her grand daughter who needs her mother to be warmer and more expressive and finds the vacuum particularly hard. Genevieve shared an uncommon bond with her grandmother and this continues after her death. There is no one whom Genevieve can share this knowledge with. That she feels her grandmother's presence and even her voice speaking to her, guiding her in what she should or shouldn't do and being a very comforting shoulder to lean on.

Not wanting to be judged fanciful Genevieve keeps this to herself and her sorrow spirals as she feels so alone. Her grandmother's death was deemed an accident but there are signs that it is anything but. No one wants to delve deeper into issues which were contentious and most people seem to be happy to let things lie.

Combing Southern characteristics and the unusual almost magical touch that marked the relationship of Genevieve and her grandmother, this debut novel was certainly different. A family's very survival depends on unraveling this mystery and unravel it they certainly do.

The book was sent to me by Netgalley for an unbiased review, courtesy of Cardinal Press.

The Paris Effect by K.S.R. Burns 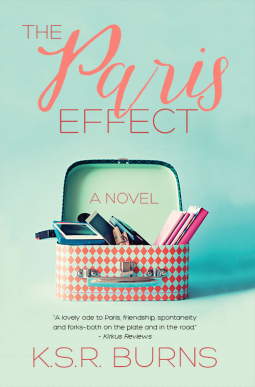 The trip to Paris had been in the planning for years. Kat and Amy had talked and planned to the last detail and Amy's marriage to William had slightly derailed the whole idea. Between them both they had thought of how they could keep William in the dark, skip off to Paris during one of his long business trips and return with no one being the wiser! Kat's death was a huge blow to Amy and one she just could not come to terms with. Going to Paris on her own seemed to be the only tribute Amy could pay to her friend, her former lover and her soul mate.

It seemed fanciful, out of reach but with the right planning it could of course be done. Needless to say we had nothing difficult like visas, finances to look at which took it out of the realm of ordinary and put it up there as something almost fairy tale like.

It was a good story though, at times fanciful because her befriending someone in Paris who took her under her wing, looked after her so well and helped her at every turn was something that seemed a touch unreal. It can happen of course and it did here.

In Paris Amy ran the gamut of being stalked, robbed, besieged by scams at every turn. The theme of food was paramount throughout and the descriptions were mouth watering.

The marriage was anyway teetering and this trip seemed to be the final nail in the coffin. How William handles his wife's disappearance is noteworthy too. Not one to get into a flap he systematically finds out what happened, where she is and appears in Paris too.

About life and love in general and Paris in great detail, this was one for the Francophiles.

Sent to me by Netgalley for an unbiased review courtesy of Velvet Morning Press.
Posted by Mystica at 2:30 AM 1 comment: 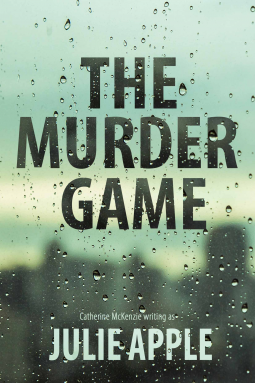 I did not know Catherine Mackenzie was writing this book under this name and I am glad I did not!

I thought the story was innovative, interesting, detailed in its description and captured my interest from the first to the last.

I like legal thrillers very much so this book kept me enthralled. I also liked the setting of Montreal and the description of the suburbs as well as the city was completely new to me.

The book was sent to me by Netgalley for an unbiased review, courtesy of Lawsome Books.
Posted by Mystica at 8:42 PM 5 comments: 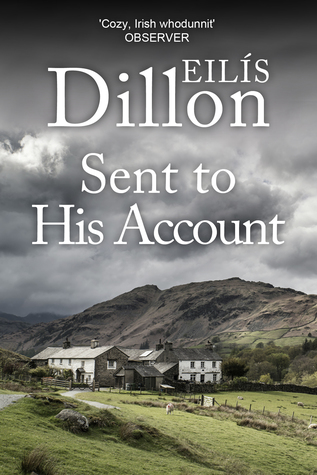 First off I loved the cover.Miles was going to have the fairy tale life. Having lived in genteel poverty, counting every cent before he spent it, an unexpected windfall gives him plenty. A beautiful home, agricultural property and a community that he falls in love with. He is also determined to do good by all, not just enjoy his new found wealth by himself.The mystery thriller part starts with a dead body, unfortunately found in Miles's own sitting room. That the dead person was controversial, in a lot of trouble with a lot of people did not help the investigation at all. The village itself closed ranks against outside investigations and it was not going to be easy to crack this case. I enjoyed the village setting, especially the characters in the village. Shades of Agatha Christie here.

The book was sent to me by Netgalley for an unbiased review courtesy of Endeavour Press.
Posted by Mystica at 8:33 PM No comments:

Walking the Lights by Deborah Andrews 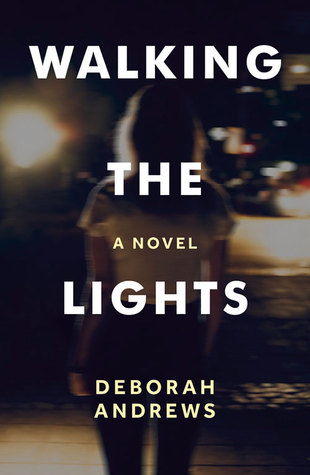 Set in the 1990s in inner Glasgow I presumably think the less salubrious side, Maddie's life opens in this story on a rather squalid note. I had no hopes for either Maddie or the story and thought it was just another druggie story going from bad to worse and was rather sickened by the saga as it unfolded.

With no hope for betterment and no wanting it to be better Maddie and Mike live from moment to moment hoping to find money for their next fix, scrounging and borrowing what they could, where they could till Maddie gets an opportunity to work in the field she likes and despite all odds is able to make something of her life. Its a hard crawl out of the gutter but she does it.

For me it was reading something that belonged to an era and time I know nothing about so it was an eye opener but which I presume was true and representative of a time and people who lived the way they did!

Starting off with very negative feelings about the whole saga, my interest was piqued by the story as it progressed.

The book was sent to me by Netgalley for an unbiased review, courtesy of Freight Books.  Many thanks.
Posted by Mystica at 7:25 PM 4 comments:

Almost Missed You by Jessica Strawser 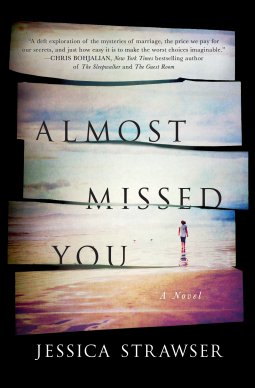 The question as to why a father would take his child away from his mother, suddenly, apparently without any provocation, on a perfect holiday left me puzzled. You did want to know why. No apparent friction, no cracks, no sudden argument. A marriage meant to be - where the couple met through a series of coincidences and were happy.

It adds weight to the old argument that no one actually knows what goes on in a marriage other than the two parties involved and in this case Violet was also one of those who did not know what was going on. This was not an extra marital affair but rather an affair of the heart and one which she could not compete with - a dead fiancee whom she had no inkling about and which brought down her a marriage like a deck of cards.

Secrets come with hidden agendas and Finn's was big time. The story unravels slowly and though you do know why and how the main incident happened, Violet's reaction and story come only almost at the very end.

Skillfully told, the story holds the reader's interest throughout.

Sent to me by Netgalley for an unbiased review, courtesy of St. Martin's Press.
Posted by Mystica at 8:17 PM 3 comments:

The Other Wives Club by Shari Low 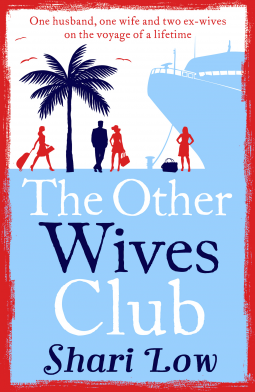 Light hearted and a fun read. The setting was equally good. A cruise in the Meditarranean.

Only a man could presume that three wives - two ex, one current, with their respective partners and his children could make a go of a cruise offered by him to celebrate his fiftieth birthday. His present wife did not have the gumption to stand up to him and voice her opinion, the two ex wives came along for reasons of their own. Put them all together and you knew friction if not fireworks would result.

The resulting story had its highlights with one bitchy wife, one easy going wife and the present wife who did not know how to handle her much older husband. How it all pans out well for all three wives in three surprisingly different ways was very entertainingly told. A bit predictable but very easy reading as well.

Sent to me by Netgalley for an unbiased review, courtesy of Aria.
Posted by Mystica at 7:04 PM 3 comments: 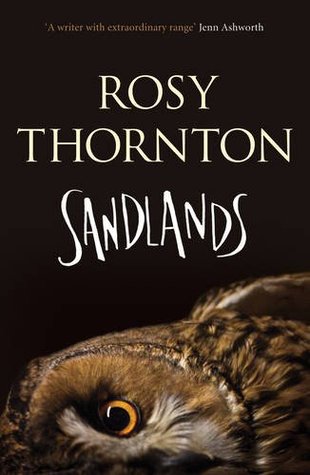 The book was sent to me by the author herself and I am so grateful for receiving this.

The collection of short stories was  so descriptive (especially for a person from overseas) that it brought England very close to me. Not just the physical description of coastal England but also the culture and people and most importantly the flora and fauna of rural England.

The sixteen short stories are emotional. They are also concise. A very difficult balance to maintain and one that is so for all the stories.

There is quite a bit of folklore, there is excellent characterization and the whole collection is brought totally to life and one felt one was actually living in the Suffolk countryside.

I loved the collection.