The Moscow Deception by Karen Robards 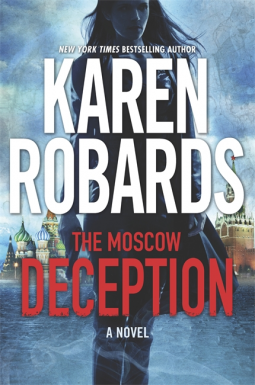 Bianca is very young, attractive and a thief. A very capable spy and master of the martial arts and how to handle weapons she is not an easy target but that is what she has become. The final nail in her coffin was when a murder alert was put out on her with a million dollar bounty. She knew it was only a matter of time before her luck ran out.

What Bianca had to do was find out what she could exchange in which was of value to her opposition. What they wanted seemed near impossible. The artifacts from a well guarded museum in Russia which Germany believed was rightfully theirs. How Bianca sets up on this subterfuge ringing in a band of gypsies well versed in the arts of being slightly off the grid is told in this complicated story.

Apart from the bare bones of the story we have Bianca's own history - her birth is from the fantasy genre and her father who is not her father is heart rendingly cold and indifferent to her well being. This was the only human element of the story. That Bianca felt his indifference, despite the training he gave her and then there was his final betrayal.

Sent to me by Netgalley for an unbiased review, courtesy of Hodder & Stoughton.
Posted by Mystica at 6:35 AM

I agree with Kathy; this sounds good!

This sounds perfect for those times I need something intense and fun. I haven't read anything by Robards before, but I have heard her books are good.