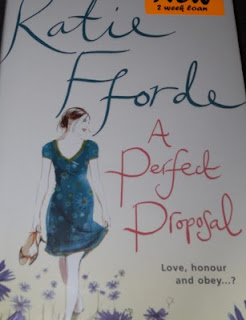 Sophie is the daughter everyone would love to have. She is general dogsbody in a house where no one appreciates her, everyone including her parents treat her as a simpleton and just a jill of all the work and no takes the slightest notice of her own ambitions and dreams. I wanted to shake Sophie and tell her to get rid of her family and get on with it!

When her friend Milly invites Sophie to New York, the adventure begins. Initially going as a nanny Sophie finds herself without a job. Going to a fancy art gallery for a viewing she meets up with Matilda, wealthy and benevolent who takes Sophie under her wing and invites her for Thanksgiving to her family home. Meeting up with Matilda's grandson who immediately thinks that Sophie is a gold digger she meets up with animosity on his side but at the same time is roped in to act as his pretend fiancee! This is the part that I thought was a bit overdone. You cant be antagonistic to someone and also pretend to be lovey dovey.......

I like chick lit in small doses. This was a good one. The heroine was a down to earth woman, willing to work hard, shopped in thrift shops and made do. The hero was of course fabulously rich (a Learjet of his own no less) and handsome so it put the equation out a bit. It was nevertheless an enjoyable read.

Came to the computer after a 2.5 hour power cut. So unfair as it is only our area which has had its power cut today.

Going to be away from Colombo and all access to the internet till Sunday.

Like you, I enjoy chick lit but in small doses. I think it's my age :-) I'm glad this was a good one.

I'm the same - I enjoy chick-lit but not too often. I've been meaning to give Fforde a go for a while, seen lots of good things about her books.

Writing this one down, am trying to read more chick lit novels. check out a new challenge book giveaway.
http://sidnereading.blogspot.com

I've just finished a Katie Fforde too! I read Recipe for Love and I loved it. I like Fforde's books. I don't think I've read yours yet (or it's so long ago that I don't remember the premise). I read her books every now and then and they never dissapoint.