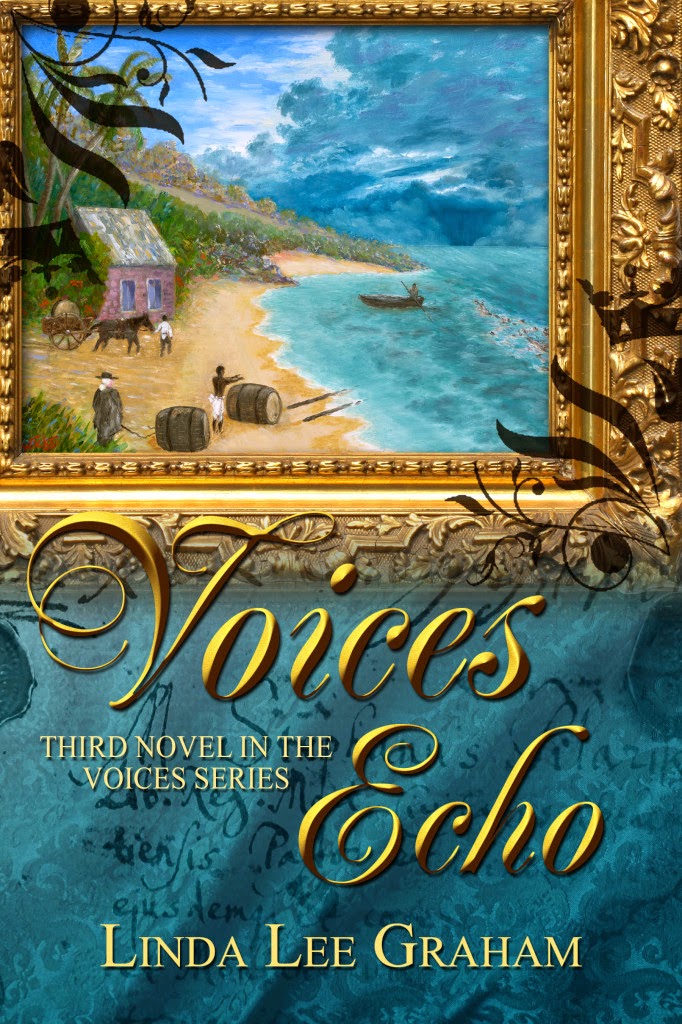 This was a win from Historical Fiction Virtual Book Tours.

Historical fiction alongside a family saga is always an intriguing mix. The family saga is almost always a complicated one and when this was set in Jamaica on a plantation in the 18th century the historical detail was alone enough for me.

Rhiannon was not the average young miss of the era. She had a mind of her own and when her husband left her after a few months of marriage for the safety of his plantation and the arms of his mistress she decided to follow him. Rhiannon's reasons are also not transparent. She is seeking her financial independence of her husband as she wants to set up an inn in Philadelphia and also get away from the attractions of Liam Brock her advisor.

Liam at the same time wants to put Rhiannon out of his mind and accepts an offer to escort a young woman to Jamaica. Thinking that his ship has crossed with that of Rhiannon who should be returning from Jamaica he lands in the West Indies and finds her frightened, under threat and very much alone.
With a background of black magic and smuggling, slavery and abolition very much part of this story the reader is dragged almost against your will into a very dark period of Jamaican history.

The life of a slave in Jamaica was one  which was inhuman and the final revolt of the slaves and the attendant brutality of the slaves towards their owners was not unexpected. Generations of abuse of the worst kind, brutality which was inhuman, punishments meted out for the slightest fault were difficult to even contemplate but obviously par for the course. The owners of these plantations seemed to live in a cocoon of their own, seemingly blind to the majority of those who lived around them.

The story of Albert and Rhiannon with the love triangle of Liam being included as well is one of murder and violence in a back ground of a relationship which seems doomed from the beginning.

Very well told I enjoyed the book very much.

This sounds good, Mystica. I do enjoy historical fiction. :-)