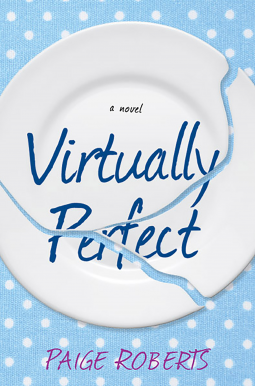 Coming down from having your own television programme and being a star of sorts to now being a personal chef - yes to a rich, spoilt, dysfunctional family is a bit of a come down and Lizzie is finding it difficult to come to grips with it. Anyone would. You have to deal with people with quirky tastes, some of whom are arrogant and rude and treat the hired help as just that. With Zoe the daughter of the house wanting to emphasise the difference it becomes awkward and difficult.

Lots of different personalities in this story (I felt one too many) but the storyline itself was a nicely crafted story. One young woman has to reinvent and recreate herself in the way she knows how to make an independent life for herself.

It was a bit bland in parts but generally a very readable story.

Sent to me by Netgalley for an unbiased review, courtesy of Kensington Books
Posted by Mystica at 6:11 AM

I love the sound of this one! Thanks for sharing...and for visiting my blog.