One Day In December by Shari Low 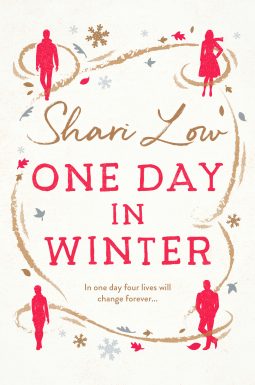 The story is told in segments of time in a particular day in December. We have several characters all very different and like a pack of cards Caro's search is going to bring all of them down. Heartbreak, deceit in spades, indifference of a parent (hurtful to the extreme) and friendship and love all in one package.

Caro is seeking her father. After many years she has discovered he is alive, well and living a full life with a wife and a daughter (of the same age as her). Her mother is dying and Caro seeks closure of a life of hurt and bewilderment how a parent could abandon both a wife who was ill and a daughter without any remorse. She also comes up again Lila her stepsister, a woman with a will of her own and only looking out for herself. Her love affair with Ken a cardiac surgeon she thinks is going to lead to a life of riches, respectability and security. His wife the mousy one discovers that she also has a will of her own after decades of verbal abuse and being submissive.

The story shows the highs and lows of several lives all packed into one day and was a book you had to finish naturally in a day.

Settings were lovely, characterizations were spot on.

Sent to me by Netgalley for an unbiased review, courtesy of Aria.
Posted by Mystica at 10:21 PM

Sounds intriguing. I love multilayered stories like this one!