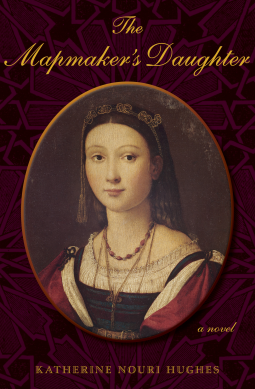 Set in the 16th century, the story of Cecilia taken captive at a very young age from her island home into the keeping of Suleyman the Magnificient was no accident. It was a planned maneuvre because they did know the value of this very young girl.

Taking the name of Nurbanu, she rises to the most important position within the Empire as wife of the son of Suleyman who eventually becomes Sultan. She was also the mother of the future Sultan and her position of authority and power was assured. She was however the chosen one of Suleyman who felt that her character had the strength and the willpower to undertake a chore that very very few human beings could do. To put to death all brothers of the future Emperor when the moment came. He knew that this was not something that any person could do. He was assured that even though he would be dead by the time the need arose, that she would unflinchingly carry out his orders and this she did.

The story of Nurbanu was a fascinating one. Escaping the harem and being just a concubine she was chosen for her brilliance and her character as one befitting being the wife of a weak but good Sultan who could support, guide and advice him as necessary and be protective of the future Sultan as well. That she was manipulative and calculating was to the benefit of the Sultanate. Her intelligence in establishing an observatory and being proficient in the sciences was a bonus.

The story told in the form of a memoir and a confession details in descriptive detail the wars, the extent of the Sultan's empire, the workings of the court and the position of women at the time of the Sultan. The background information and setting was very detailed and gave the life of those involved with the Sultan a lot of meaning.  For those who like history in any form, this was a very good read.

The book was sent to me by Netgalley for an unbiased review, courtesy of
Posted by Mystica at 9:51 AM

This one sounds fascinating

This sounds intriguing! I really like how its told through a woman's point of view through a unique time in history. I'm adding it to my "to read" list. Thanks for the great review!

This does sound fascinating; unusual. Thanks for sharing.