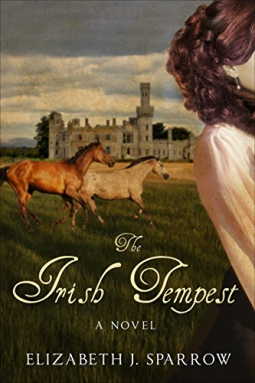 My knowledge of Irish English relations was a bit hazy and this helped in a way to clear some of the misconceptions I had.

The year 1911 and there is a simmering discontent amongst all walks of Irishmen. Unlike most rebellions which are confined to the labour and lower working class, this transcends class barriers and upper class folk also want to throw off the yoke of English supremacy in their own country.

Thrown together by circumstance and geography Court and Lacey lives are interwoven from the time Lacy was an infant and Court a teenager. The relationship is a tender one from the very onset but circumstances of a mixed up reasoning drives Court to take a position in the English Army in India for three years. Lacey is heart broken but is also attracted by a scheming and charismatic horse trainer in her family's employ.

The Easter Uprising of 1916 is meshed into the story along with the fledgling romance of Lacey and Court, their marriage and their future.

This was a very fine debut novel and I am waiting for the sequel.

Sent to me by Netgalley for an unbiased review, courtesy of
Posted by Mystica at 9:23 PM

Since I have Irish ancestry, I think I would also enjoy this novel. Thanks for your sharing your review.

I love historical fiction like this and have read a few that included The Easter Uprising - I'll keep this title in mind. Thanks for sharing your thoughts on it.

This one sounds good. It's been awhile since I read an historical fiction set in Ireland.

I don't read a lot of historical fictions but I'm planning to one day. Glad to hear you enjoyed this book. Awesome review. :)

I love the horses on this cover but somehow the cover seems lighter than the situations you describe. I'm glad you enjoyed this.