High as the Heavens by Kate Breslin 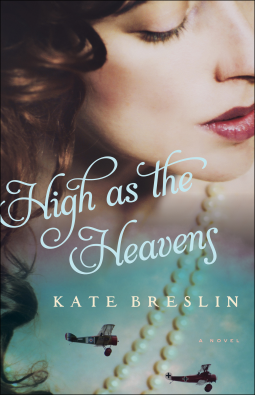 Another classic from a well loved era WWI.

Eve is just another widow in this horrible war. Living in Belgium working for the Red Cross in occupied Belgium, she works for the hated Germans but is living a double life. Her work in the Red Cross and her having won an Iron Cross for services to the Germans gives her access to information and people which are useful for the allies.  Underneath the facade she is heart broken with the loss of not just her husband but her sister and brother who would be eighteen and fourteen were they alive.
Taken on a train to the deadly camps, she has little hope for their survival.

Unexpectedly things change and the tension and progress of the story ramps up. Her husband is alive, parachuted into Belgium, injured but alive. No one knows his identity and it is upto her to prevent it getting known. She has also got to know that her siblings had jumped off the train and are alive in France. Getting them out is going to be formidable. Occupied France like Belgium has strict border controls.

The enterprise, strength of mind and courage of this woman is loosely based on a factual story and is just another angle from which we know about this war. The occupation of a country must be a horrible existence for the survivors and this is descriptively detailed in the story. I found it very difficult but at the same time engrossing what means people will find to somehow betray the occupiers of their land, sabotage them and generally be a pain in their side. The occupiers themselves have to feel that they are disliked, hated and just tolerated because there is no choice. It cannot be easy to live in those circumstances, always on guard because you do not know from where the next attack would come.

I was sent this book from Bethany House Publishers, courtesy Netgalley, for an unbiased review.
Posted by Mystica at 2:00 AM

I do like to read about that time period. This sounds good!

Sounds like an intense read and similar to some of the books I have read in this time. Very tempting!

Oh wow. This sounds like a fab read. I haven't read many WWI stories. Great review!

I never heard of this one, but it sounds wonderful.

I like this setting too and I like the cover. Your thoughts make it intriguing. Thanks for sharing.