A FIELD OF POPPIES by SHARON SALA 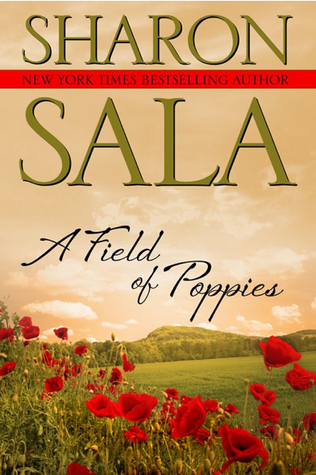 Poppy's mother's death does not surprise anyone. It was expected. What was unexpected was that within a few hours Poppy is informed of her father's death which is ruled as murder. Who would have wanted to murder a quiet, unassuming man who worked for thirty years at the local mine, minded his own business and was a devoted husband and father.

The story like all good ones goes back to hidden family secrets. Uncovered by death and by a diary hidden amongst her father's clothes.  A diary detailing a high school love affair of Poppy's mother and the fact that Poppy's father is someone else. Little by little this seems to be the only feature which will provide some sort of clue that someone wanted Jessop out of the way.

Poppy and her family lived on the wrong side of the tracks as it were in Coal Town. There is a distinct difference between the two sides and the rich, upper class folk do not want to have anything to do with folk from this side of town.  Justin Caulfield is one of the rich ones and from the workings of the diary he is also Poppy's father. The fact that he is has been kept a secret from him by the machinations of a very arrogant mother who still insists that she did it for the best. Justin is forced to face several facts hitherto unknown to him and all severely shocking as well. He is also made to face the fact that his mother will not let anyone or anything stop her in protecting the so called good name and standing of her family in the community.

Mystery, murder, a family saga and a lovely romance all very well told.

I think I have a Sala somewhere..hm

Never judge a book by its cover it is said but I decided to add this title to my list, your review was that intriguing Mystica.
Thank you for sharing,

Has many of the elements that I like! I've read this author, but not this title.