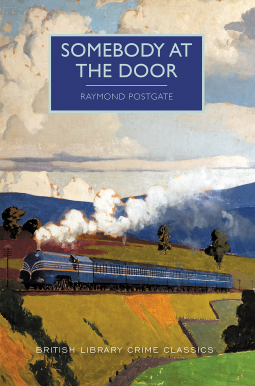 The cover seems to indicate pastoral calm. Almost village like. The train was the pivotal scene or so it seemed on a return journey, like any other. Everyone returning after work on a dreary, very cold, winter like day. The usual clerks, the workmen, an odd woman and her child, all generally known to each other all travelling on the same line not on a daily basis but accountable and all found.

Mr. Grayling our victim one of them. An unlikeable character if ever there was one and in this carriage there were many who would have been very glad if he was dead. So how do you pinpoint who could have killed him. The method of murder was particularly violent. Mustard gas no longer in use but strangely enough could be obtained by any number of those in this carriage. The war was not long over and supplies were around if you knew where to look.

The story proceeds in a methodical way, a bit slow, a bit pedantic but you do know you are getting there!

A different style to a mystery murder but appealing in its own way.

Sent to me by Netgalley, for an unbiased review courtesy of Poisoned Pen Press. 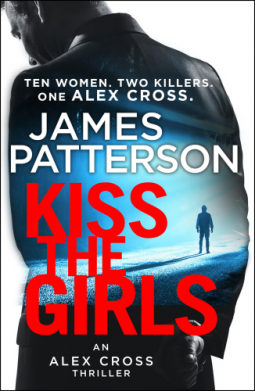 The cover could have been more appropriate I felt for the very violent crimes committed within this story and for the apt description of our murderer.

Contrasting heavily with the above murder mystery is this one. Taking murder to an extremely violent level we have our Casanova and alongside him a serial murder on the other side of the country, competing with each other in their skills to evade all the detective agencies on their backs. They seem to be succeeding especially since girl after girl keeps disappearing.

The one girl who does escape through sheer skill and a great deal of luck helps out our Detective Alex Cross but it seems that things will be at a standstill because in the midst of the investigation another girl disappears whilst her boyfriend is murdered, shot at point blank range and we know the crimes will escalate.

Brutal, very difficult to read at times, I still have nightmares over some of the scenes but this is a skillful writer who takes an uncompromising subject and handles it well. Not for the squeamish though.

Sent to me by Netgalley for an unbiased review, courtesy of Random House UK, Cornerstone.

I enjoyed Kiss the Girls...both the book and the movie.

Somebody at the Door looks very good, too. Thanks for sharing...and for visiting my blog.

I think I read Kiss the Girls. I do enjoy James Patterson's books.

I have never tried Patterson :)