The Lost Sisters by Lindsey Hutchinson 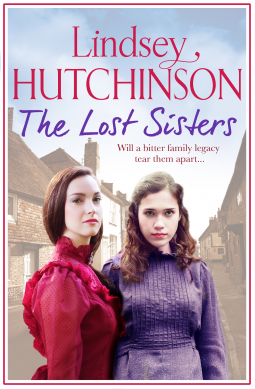 A rather old fashioned story of tragedy and separation, of a mother who was unbelievably evil and a rather helpless father who had a fine past of his own.

The sisters were the main part of the story and though it came together too smoothly to be true, it was still very descriptive in the telling.

Children from a upper middle class family. The mother abandons an infant almost at birth, that is the eldest. Fourteen years later she does the same to the second daughter. It seemed too plausible to be acceptable by anyone. But it seemed that according to the times, the rich could literally get away with murder.  The story goes on in two separate time lines and life times of the upbringing of two different girls. One with plenty of money in the background, absolutely no love and care and the other poor but with plenty of love and attention. Throw into the mix an illegitimate son, a mistress and we have a rather complicated family story.

Though rather far fetched, it still held my interest. The rags to riches story is always loved. Everyone likes a winner.

Sent to me by Netgalley for an unbiased review, courtesy of Aria.
Posted by Mystica at 2:38 AM

I liike rags to riches stories so I'll keep this in mind.