The Hunting Grounds by Katee Roberts 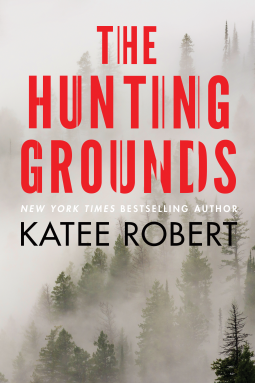 A mystery killer, systematically and tortuously going through a list and killing people off one by one. The final tally of seven is enormous, for this National Park where one death a year is considered too much. The endangerment to the rangers and the bears which inhabit this park are all huge.

The park ranger and the Fed Investigator have a past and this meeting up after years adds a touch of romance to an otherwise gruesome list of murders. Atmospheric and descriptive the detectives are all desperate to find out who is the murderer and though there are clues that it is linked to a young group of hikers, the whys and wherefores are a mystery till the very end. That it is the work of a clever sociopath is a foregone conclusion and whether the detectives are going to be able to solve the case before the whole group is annihilated is the worry.

Strong characterization and suspense throughout the story were the strong features of this story.

Sent to me by Netgalley for an unbiased review, courtesy of Montlake Romance.

I love suspenseful stories, this sounds like an excellent thriller!

So this one would have kept you wondering who was the murderer. Strong characterisation would be a high positive.

This sounds good thank you for sharing as I've not come across this book/author before.