The Corsican Woman by Madge Swindells 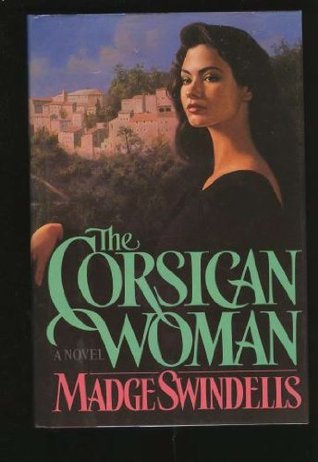 Set during the Second World War life in Corsica was tough for women. When Sybilia married she gave up on so much for a marriage that was doomed from the start.

Sybilia's talents however were recognised very early on as being useful to their resistance and was used to full advantage by them. It however brought her in touch with an American whom she would fall in love with and have a child with. Cast out as a whore by the village mainly encouraged by her father in law who is enraged that the marriage never worked, Sybilia's life is not easy. Her mother in law is her sole companion and support but is under the whiplash hand of her husband. The son has always been afraid of his father and shies away from any contact with Sybilia.

At the end Sybilia is abandoned by her lover whom she waits for in vain for twenty five years. Finding out the truth of what happened gives her the means of vengeance and vengeance she wreaks on the man who ruined her life.

The story was overwhelmingly sad for me. I felt that Sybilia was on the losing side with no support from either her own family or the family she married into (other than her mother in law). Her husband was weak, her father in law overpowering and vicious. Sybilia was caught up in the middle of a narrow minded, insular community and there was no way getting out of that one. Her one passionate love was not to be. However the wealth of historical detail was of immense interest to me. It brought together different elements of the story all together.

Sent to me by Netgalley for an unbiased review, courtesy of Endeavour Press.

I paused when I saw "overwhelmingly sad". I'm glad you enjoyed the historical detail.