Throw Away Girls by Jennifer Vaughn 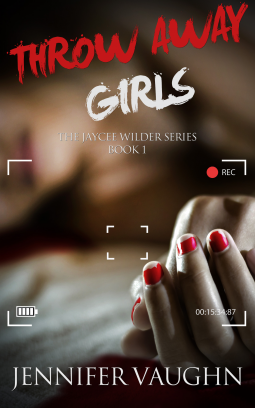 Jaycee is a hard headed journalist aiming for the big time. Though young, she has had several credits and awards and is considered one of the top journalists in LA. Along with Ben her partner for photo credits they make an awesome team.

A series of murders of young women with a message from the murderer calling them Throw Away Girls hits an inner chord in Jaycee's mind and she is determined to track the killer especially after she interviews Zoe's parents. Zoe was a seventh grade teacher. The other two victims were equally innocuous. Their common denominator was their deadly pursuit of anonymous sex.

A good psychological suspense mystery thriller (it needs all those words to describe the book!) the pace of the story is steady and builds up but we are all going elsewhere so that the climax of the story hits you unawares. It did me anyway.

Sent to me by Netgalley for an unbiased review courtesy of Waldorf Publishing.
Posted by Mystica at 7:58 AM

This one sounds like a book that's right up my alley, and I love that you mentioned that the ending surprised you. Lately it seems as though a lot of thriller books are a let down for people. Thanks for adding this one to my list Mystica :)
-Kimberly @ Turning the Pages