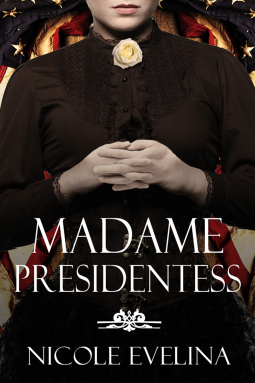 Victoria Woodhull is almost unheard of and certainly almost unknown as the first woman to run for the post of President of the United States. She was certainly bold if not a little over enthusiastic as this was at a time when women were not even considered citizens, ineligible to vote and the suffragette movement was just getting under way.

Born into a family which was abusive in itself, she made a horrific marriage and had to escape both to try to make a life for herself and her sister. They were spiritualists and could foretell the future and were able to see a life for themselves, but at the same time their ties to their family were very strong and it seemed strange how both sisters provided a home within their own home for the extended family who continued to abuse them, their hospitality and even ruined them at the end.

The book was good reading but at a midway point I was wondering whether I could understand any of the main characters. A strong woman, she was also foolhardy and this made it tiresome to understand where she was going with her life and her career.

This was a compelling read though as it was educative on a topic which I feel few would know about.

The book was sent to me by Netgalley for an unbiased review, courtesy of Lawson Gartner Publishing.
Posted by Mystica at 1:30 AM

I think this is one I need to get for my mom...and then she can pass it back to me!

I am familiar with Victoria Woodhull and have been curious about this book. I am glad you liked this one.

I've never heard of her but now I want to know more!

I never heard of her but this book sounds interesting.

I'd heard a bit about her leading up to the US election what with Hillary running. This is one I'm going to want to read. Thanks for stopping by my Sunday Post!