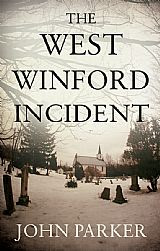 Based partly on a true life incident this story starts on a very non technical note. The year of Neil Armstrong 's landing on the moon was equally momentous for Dave and Sue who are moving to rural Wiltshire where Dave is taking up a new job and Sue is hoping that she can get a new job and change her way of life, becoming more independent and hopes that her two daughters will adapt well to a new environment.

Whilst Dave enthusiastically embraces his new job and dives in, Sue initially finds country life humdrum and routine. Left alone for long hours she is bored. Meeting with Pam who is full of life and who introduces her to Peter who shares Sue's passion for searching for ancestors, one sees the rift in the marriage beginning as small cracks beginning to appear.

An incident at the plant resulting in the destruction of a turbine (extremely technical) leads to Dave's total involvement in work and work only.

At this stage the technicalities of turbines, metal and corrosion was far too much for me. The survival of marriage itself is the subject here, when pressures of jobs, outside relationships, growing up of children and extraneous factors come into play. The book became a bit slow for me as I was hoping to see how this was going to effect the two of them as a couple. Nothing happened which was a bit of an anti climax!

The book was a download from Netgalley courtesy of Troubador Publishing Ltd.
Posted by Mystica at 3:40 AM

Mystica, I think I'd have liked to know what happened to the married couple too. Sad it didn't click as well as it should have.

Not sure about this one for me

I love that time period so this sounds good to me.

Sounds like an interesting novel, Mystica! A very nice review.