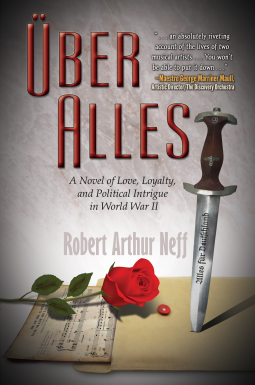 WWI and WWII have brought forward a plethora of stories, most of them excellent. The perspectives have been from various angles - even from the German one portraying the German people as not villains but just people trying to survive in Hitler Germany.

This one is set against the backdrop of Poland, Czechoslovakia and Germany and the story of courage, bravery, spirit of survival, nationalist tendencies and the patriotism that arose amongst the ordinary men and women of the time to protect what was theirs. In this case the fact that the characters were Jews or Romani was separate from their Polishness or their German ancestry. It was important for the aggressors so that it gave them a foothold to turn their race against them but for the victims their race was just another thing.

The story was written in a very precise manner, the characters were perfect and the political intrigue that marked both the Resistance as well as the Gestapo was detailed and intriguing.

If you are person who likes history this is a must read. The personal saga of a family is well detailed and sadly reflects many of the lives of that era in that setting.

Sent to me by Netgalley for an unbiased review, courtesy of Old Stone Press.

History fascinates me, and I love both fiction and nonfiction about WWII. I will look for this one. :)

This does sound good! I enjoy history, especially around the world wars. I will have to check it out.