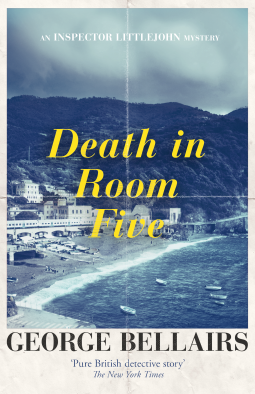 A very mixed bunch of people go on a trip to France. They are all from one town of Bolchester from mixed backgrounds and many of them do not actually like each other. When Alderman Dawson is found murdered the French police are called in along with Detective Littlejohn who is on holiday at the time.

When the French police discover the true identity of Dawson who worked with the French resistance for a time (and who was found to be a traitor) the whole attitude and significance of the murder changes and it is upto Littlejohn to try to find the actual murderer and not just think this is an act of revenge from a long hidden French resistance avenger.

Depicting French and English detective methods this is a rather slow process of trying to find a murderer when so many of the actual people on the trip have had ample reasons to murder the Alderman. On the surface he seemed liked, but beneath it all simmering tensions were there and to try to weed tensions out from an intent to murder is hard. When two more murders take place the investigation becomes urgent and Littlejohn has his work cut out to prevent the police from very conveniently holding on to the first available suspect so that the entire investigation can be done and dusted.

In true detective fashion, it is only through a long process of deduction and elimination that the final suspect is found.
A slightly old fashioned detective series.

Sent to me by Netgalley for an unbiased review, courtesy of Agora Books.
Posted by Mystica at 5:06 PM

Although Bellairs is an author of classic detective fiction, I've never read anything by him. Maybe I should make a list of some of the authors I have not read from this period and take it as a personal challenge to read more from the Golden Age of detective fiction.

I also received this book from NetGalley, but I still haven't read it yet. I have read one of George Bellairs' other Littlejohn mysteries and enjoyed it, so I'm hoping I'll like this one too.