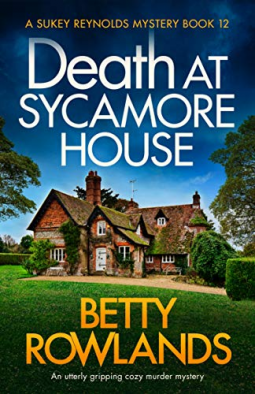 In Betty Rowlands fashion this is a good one. We have a very genteel elders care facility with a rather tense Mr and Mrs Seaton in charge. We have a block of flats equally high falutin with very nice tenants. When one of them is found murdered and dumped in the bins,  Sukey and the team backing her up are called in for the investigations.

Nothing is what it seems in murder and the links are slowly being put together but it is a puzzling sequence. The one suspect who seems to be the only one around has iron clad reasoning as to why he is not the murderer and though everyone assumes it is him, Sukey is always in doubt though he is an unlikeable character who has got under everyone's skin. Everyone would like him to be the culprit and then the case is closed.

When a second accidental death occurs, also someone linked to our victims and suspects and when a third victim seemingly random is also linked to the case, it is thrown wide open.

I never got it till the very end and then only because it was so very obvious!

Sent to me by Netgalley for an unbiased review, courtesy of Bookouture.
Posted by Mystica at 10:35 PM

I haven't read this author before, but I have heard of her books. I like the sound of this one and am so glad you recommend it. I like your comment about the ending. Those of us who read mysteries so frequently often are able to piece the puzzles together as we go along--when it's an obvious choice, we tend to overlook it because it is, well, so obvious. Haha