Everybody's Somebody by Beryl Kingston 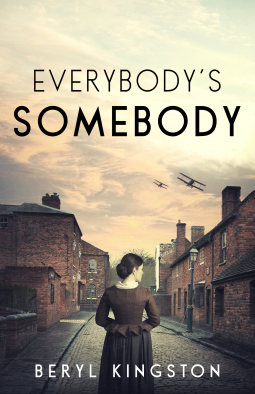 Rosie was not just somebody. For the late nineteenth century, she was certainly no pushover. She was not going to be happy or resigned to her lot, which seemed to be the idea of the working lot. They were born to it and there was no choice about bettering themselves. Rosie had ideas and she certainly was not going to let a bit of adversity or hard work get in the way of getting there.

I admired her spunk in the face of so much opposition. It was a time when women did what they were told to do by their parents or their husbands and most of them just buckled under. Rosie first as a maid - an understudy to a nanny made it her business to learn her trade and from there better herself.

After getting married, she ended up as a model for a famous artist, despite her husband's objections. Her first aim was just economic. It paid well and secondly it proved to be a learning experience in love for her. She balanced her career as a model, and on the other a loving mother and a wife admirably.

Set during the beginning of WWI and the ominous beginning of Hitler the story told how these wars affected directly and indirectly the rural population of Britain . It was insidious but a deep rooted effect on the entire population and affected entire generations.

The book was sent to me by Netgalley for an unbiased review, courtesy of Agora Books.
Posted by Mystica at 7:55 PM

This sounds great! It's always uplifting to read about women who overcame their era and the odds and believed in themselves! Thanks for the heads up!

This sounds like a good read; and inspiring too.