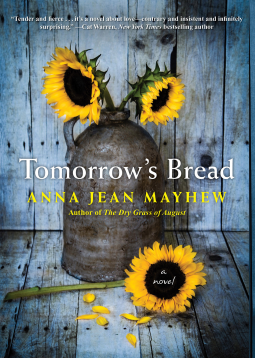 In the South in America the year 1961 still sees a lot of segregation and discrimination is rife. Loraylee lives with family and her young son Hawk whose parentage though suspect is never discussed either within the family or outside.

Urban renewal at the time seems to only focus on "black" neighbourhoods considered a blight on the environment due to its neglect, its lack of facilities and curb appeal so hundreds of these neighbourhoods are razed to the ground in the face of "development". When Brooklyn faces the same fate, how these three residents face them courageously is the story of this book. The end is inevitable but how they handle it with grace and dignity and the sense of survival that brought them this far, is very courageous.

Told in the language of the times and of the community this was a very well told story, especially for an outsider.

Sent to me by Netgalley for an unbiased review, courtesy of Kensington Books.
Posted by Mystica at 12:58 AM

I would like to read this one very much. I love the cover.