The Valley by Helen Bryan 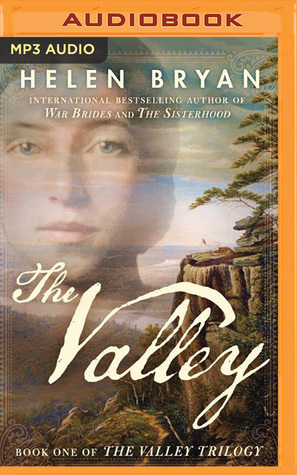 This was the only cover I could find and I read it in a Kindle variation.

A coming of age story apart from the vast history it covers which in itself was a story. Sophia is an heiress to a tobacco plantation in Virginia and this is the only asset she has left after she finds herself left bankrupt in England. With the help of a French man who is very reluctant to go with her, lots of slaves both free and indentured she sets out to claim her land.

The road to Virginia is hard and troublesome but Sophia is determined that she and her band will make a life for themselves. How they set up camp, marry (all of them) have families, make a settlement and town of a barren landscape is very descriptively and told in detail. The history of slavery, the treatment of slaves even free men was horrendous and was distressing to read about even years later.

The story goes on and on and could have been trimmed a bit. Maybe the telling of it was necessary for the plot but the main story of Sophia got side lined as numerous other characters also had a fairly large role to play and each of their stories added to the main.

It took me a while to get through this book and I felt bad because it had been on my Kindle for a very long time.

The book was sent to me by Netgalley for an unbiased review, courtesy of Lake Union Publishing.
Posted by Mystica at 9:40 PM