On The Run by Izai Amorim 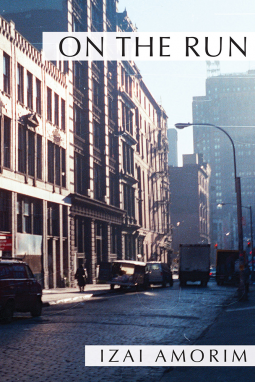 A young man of South American ancestry is on the run for crimes he did not commit. How he is going to evade not just the Feds and the Police who are on the look out for him, but most importantly Colombian drug dealers who think he has skipped with their consignment is even worse.

In a series of cross country runs, ingenious thinking, good network of friends and supporters and sheer good luck he is able to survive. In the process he has to change his way of thinking, give up on his family, take on a new identity and think of a career change as well. The changes are very far seeking from his present way of life but he realises earlier on that there is no point in living in the past and what should have, or could have been.

The story was interesting as it gives you pointers into the way of life of different ethnicities and how people are able to survive in a melting pot which is very often hostile to either one or many of them. Not always doing the right thing Pablo who also changes his name to suit the occasion lands on his feet, makes his money and finds the girl of his dreams as well.

The story has a happy ending though it did not seem like that it will go that way for a very long time. Easily told of a life of crime and how it sometimes pays!

Sent to me by Netgalley for an unbiased review, courtesy of Izai Amorim


PS I just returned from my holiday in Paris and Switzerland. Both places magical in different ways. Just trying to keep my feet on the ground now!

This book sounds very interesting - almost like an old Alfred Hitchcock movie, but with a twist.

Your travels sound very interesting - you should write a post about them!

On the run for crimes you didn't commit sounds really difficult. What two interesting places to visit. Always specially interested in Switzerland. Think it was the Heidi stories!!