The Step Mother by Claire Seeber 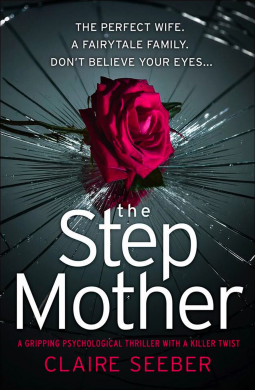 This was a story that was so unbelievable that it was perfectly possible, plausible and you are then sure that it is happening all around you.

Jeanie and Mathew both have history. Both have teenage children from previous relationships which have gone sour and how! the children seem wary of the new stepmother but Jeanie bends over backwards to try to find a meeting point so that the family can move on. Jeanie however has a past and one she is terrified is going to catch up with her sooner rather than later. It does and then the unraveling of her life begins.

Terrified that all her chances of happiness are drifting away from her, at the same time trying to protect her son who she adores and trying to balance it with two precocious teenagers who seem out to destroy her is the story of the book. Add to this an ex wife - scheming is putting it mildly with many other characters, all equally important and all well played in the story.

The book was a page turner and kept me on my toes till the end.

Sent to me by Netgalley courtesy of Bookouture for an unbiased review.

You do find interesting books

I can see how this one would capture your interest.