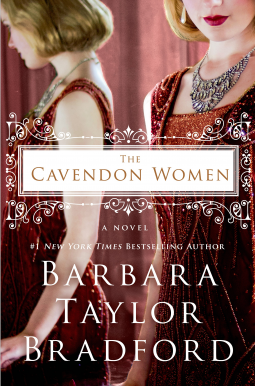 The sequel to the Cavendon Hall book this takes us into another era. 1926 to 1929 and the background to the story is the major Wall Street crash.  The characters have grown up a little more, everyone is older, not necessarily wiser but there is much happiness ahead for many of the group.

I loved the story telling of the series and was all along hoping that many of the stories will have a happy ending. Everyone has come out of the war period hoping for some happiness and for some of them that is elusive but for the Inghams and the Swanns it marks a new beginning - a marriage between the two families which has never happened for the last two hundred years and hopefully the story will continue happily into the next book (which I have received).

This is such a pleasurable series to read as it takes us into the heart of an aristocratic home. A home which is trying to deal with social changes in plenty and radical ones at that. That the Cavendon family is adaptable and willing to change added much to the enhancement of the story.

The book was sent to me by St. Martin's Press courtesy of Netgalley, for an unbiased review.
Posted by Mystica at 6:11 AM

I have my eye on this series and may try the first one on audiobook as I am sure it would lend itself to that kind of presentation. Good to hear you enjoyed it.