The Missing One by Lucy Atkins 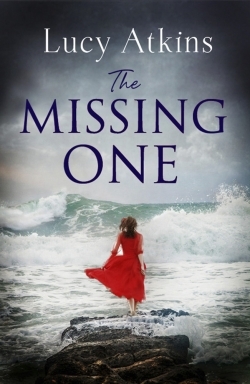 Some people want to know their history, their ancestors, who did what, from where they came. For Kali it was always hidden - the history of her mother and father and who was she. Her mother seemed to have a side of her which was hidden, and which she did not want to divulge. All Kali knew was that her grand parents were dead. Her mother was a housewife and her father an accountant who was always busy and away from home and could not be bothered very much with questions from his daughter. Kali also felt that her parents specially her mother favoured her sister Alice over her and that she was almost an oversight. Not a very pleasant start for Kali who is now a mother of a toddler and who is determined not to make the mistakes that her mother made.

With her mother's death from cancer, Kali wants to unravel her past. She comes up against so many obstacles, so much of hidden history and so much of enigmatic questions with no answers. Taking the toddler with her she leaves her husband Doug, whom she suspects of having an affair and flies to Vancouver to meet up with someone called Susannah who has sent post cards to her mother for thirty seven years. She does not contact anyone before hand but just turns up first in Vancouver and then drives herself to a very remote area of Canada to try to find out anything about her mother.

On this remote island she soon realizes that she has made a mistake but there is no way out of the island as bad weather has set in and no one will venture out on these seas. When Susannah takes her baby son and flees to another island Kali realizes that this is now a fight to the death for not just her survival but also of the survival of baby Finn.

How family secrets can endanger the family itself and whether these should be aired and discussed once children are of an age of understanding may be a good question for a book club. Should these secrets be hidden and hopefully die off?

Very descriptive of isolated islands off the coast of Canada and specially about whales and orcas which was a major part of the story, this was a good one.

Seems to me that family secrets have been kept secret usually for a very good reason. Sounds like a good read. Thanks.

This sounds like it could be a good one! I don't know that I would seek out someone like Kali did to Susannah if I were in the same situation. I have asked some prying questions though to get to truths my paternal grandmother's family had hid over the years--nothing that would destroy the family.