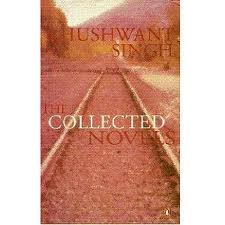 Nothing can bring India so much to life as Khuswant Singh. Pithy, down to earth and very basic
he brings a city to life - so much so that you feel that you are actually living wherever he describes.
A prolific writer who still continues to have a column he brings a very honest face to India and specially to its politicians which may not go down very well!

Well written but depressing. Slow and steady it was the kind of depressing read which drips slowly ever so slowly on one so that I was overwhelmed by the end of the futility of it all. I wanted to shake our young lady very badly but as I said earlier that is our fault that we want to put things right and find solutions to everything.  Jane is effacing, subservient, her aunt Dolly is grabbing and greedy. Automatically puts you on the defensive.
For me, not an enjoyable read. 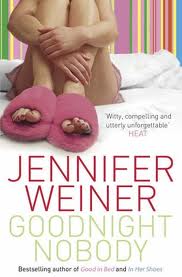 A light hearted read which was good for me for a 3 hour journey!  Kate has become a mother of three without even realizing it and finds it difficult to cope in the suburbs after having a fairly fulfilled life and career. She feels abandoned by her husband who goes to work every morning and disappears from her life almost. Finding herself embroiled in a murder which she is determined to solve, she then finds she has bitten off much more than she could chew. Interesting, funny but also down to earth as it explores the eternal problem of how women can combine motherhood, marriage and life without one overwhelming the other.

I too get that urge to slap a Brookner heroine every now and again: very funny!

Mystica, you are right about Khushwant Singh. He doesn't hesitate to call a spade a spade — tells it like it is. A wonderful writer, highly readable.

I haven't heard of the Indian author. Thanks for bringing him to my attention.