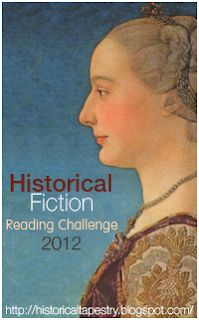 Set in the 12th century the story details the life of Eleanor of Aquitaine starting from the time she was with her grandparents to the very end of her days. It encompasses quite a bit of history - going from the English history of the time to the Crusades,  from the time the Church was equally powerful as the State, and the King's attempts to wrest power from the Church and make the Church submissive to the State.

Eleanor was not a lady of her time. She would have done very well in the 21st century. She was gutsy, sensual, different, she knew what she wanted from a very young age and nothing could stand in her path but to get it. She was not one who shied away from wars and her contempt for her young husband was heightened because of his spirituality which always warred with his kingship when he was forced to go to war with its resultant bloodshed and butchery. Eleanor realised very early on that Louis was not the man for her, king or no king and she was determined to get a divorce (not very easy at the time) but she was successful. She left her two daughters behind with hardly a backward glance and went on to her next relationship with a man who became King of England and whose ambitions were no less than hers.

Eleanor was at one time Queen of France and Queen of England at a time when the two countries hated each other! she was able to secure good alliances for her children all with the idea of extending her rule through here children. In this she was amply supported by Henry I whose overriding greed was his downfall.

The book was interesting in that it highlighted a very strong woman who did not allow her sex to get in the way of her ambitions. At the same time she sincerely hoped that her children would find love in their marriages though marriages were for convenience and expansion of empires. Compared to her first husband Eleanor comes out as such a strong woman that Louis just could not cope with her! With Henry I however she met her match but their relationship was one of mutual love and respect but only at the beginning. With his serial infidelities Eleanor lost all feeling she had for this man and decided to just concentrate on the welfare of her children.

On a non book note we enter the period of the New Year celebrations. Some pictures which would show what its all about! 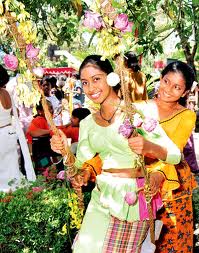 The Singhalese New Year celebrations generally involve a whole village or community. Swings have traditionally been part of the celebrations for young women though these are now more or less non happenings other than for this particular festival. Girls dressed in traditional cloth and jacket is also now very, very rare! Everyone seems to prefer Western style attire. 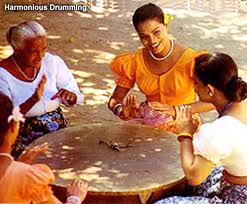 Playing the rabana - a circular drum to a distinct fast beat is popular. Am glad that this is now making a comeback. 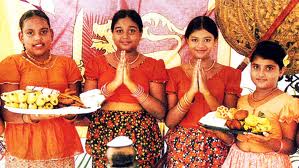 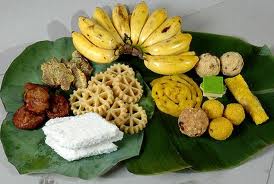 Traditionally dressed girls with trays of sweetmeats and bananas giving the traditional greeting of the palms closed together.  Below that a tray of traditional sweets. Most houses now seem to buy them from shops rather than making it at home. The white stuff in front is called milk rice, exactly what it says, rice cooked in coconut milk till it becomes firm and could be put onto a plate and cut into squares. Served at any special occasion in Sri Lanka.

I hope to get quite a bit of reading done over the next four days - no office, no going anywhere and hardly any vehicles on the roads. Very conducive to reading and the weather gods have been kind and Colombo has been blessed with rain. The tsunami warnings yesterday were dire - I was thinking please not again and Thank God it was just a warning nothing more.

Subha Aluth Avuruddak wewa - A Happy New Year to all!

Sounds like this Plaidy book would be worth the read. Eleanor is probably my favorite female historical figure.

That milk rice sounds mighty tasty. I might have to try that. Is the coconut milk a sweetened one or just the natural sweetness?

Good to here nothing came of the warnings. Tsunamis look much much more terrifying than any earthquake.

I will certainly have to look into this book.

What beautiful young ladies on your blog.

Happy New Year! I enjoyed reading about the celebrations :)

I love Jean Plaidy books and Eleanor of Acquitane was a fascinating woman.
What a lovely new year celebration -- such pretty pictures.

Glad you are safe from the severe weather....I know how frightening it can be (I've lived through many hurricanes.)