These Little Lies by Gretta Mulrooney 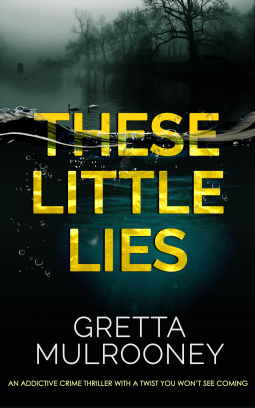 This was a page turner.

Detective Inspector Siv Drummond is facing demons of her own. Just back and on her first day, two murders come up. Seemingly random the two victims found close to each other by a river in an isolated spot are not connected to each other at all. One a young woman a nursery school teacher and the other a Polish immigrant working as a carpenter.

One link which is that Lauren one of the victims is a conservationist and objected to a signboard put up near the river which stated that no Poles allowed fishing in this area brought on her ire and she did clash with the angling club over this. But this did not connect her to the other victim in any way.
Upto the detectives to connect the dots in this seemingly inexplicable murder is not easy.

All the suspects seem to have something to hide. All of them provide false information and false alibi for the time of the murders. They give seemingly worthless information which send the detectives on a wild goose chase, but within the rubbishy conversation the DI knows that there will be one careless slip and something will be of use.

This was one of those where I never had a clue as to who the murderer was till the very end. The story and reasoning was convoluted and sick but very feasible and believable. It reiterates the fact that psychiatrists will never go out of business!

Fast paced, energetic with a good bunch of characters and descriptive surroundings this is a good one.

Sent to me by Netgalley for an unbiased review, courtesy of Joffe Books.
Posted by Mystica at 7:42 PM

I enjoyed this one. I've read a couple of books by Mulrooney, and I will probably follow this new series as well as I liked Siv Drummond.

This sounds like one that would hold my interest. Glad you wrote about it.