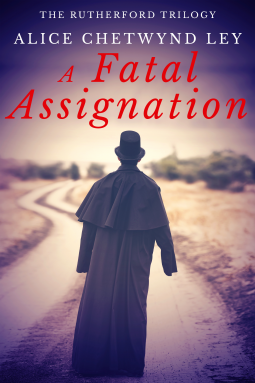 London 1816 and Justin Rutherford is asked for his help in finding out who murdered Lord Jermyn. His niece Anthea is roped in to help. This is my second book in the series and I found it all delightful.

Reminscent of a Georgette Heyer mystery murder with bits of Agatha Christie thrown in set in an era where everyone pretended that things were right when they weren't and everything was a matter of form and etiquette is good to read (and know that we do not have to conform to this lifestyle at all!)
Lady Jermyn knows her husband has a roving eye, he has had several mistresses over the years and she has grown accustomed to this fact. He has however been considerate to the extent that he does keep her informed of his whereabouts and when he goes missing for five days, not even taking his valet with him she knows something is amiss. His death however has to be investigated and rather than leaving it in the hands of Bow Street Runners alone, she seeks Justin Rutherford's help.

Many husbands would wish Lord Jermyn dead but whether they would actually deal with the actual murder has to be seen and apart from them, his dealings have been murky and they slowly unravel to reveal some unsavoury acquaintances who would dearly like him dead.

Lots of descriptive writing with regard to society at the time, along with touches of romance, this was a very pleasant read.

Sent to me by Netgalley for an unbiased review, courtesy of Sapere Books.
Posted by Mystica at 6:19 AM