The Unexpected Past of Miss Jane Austen 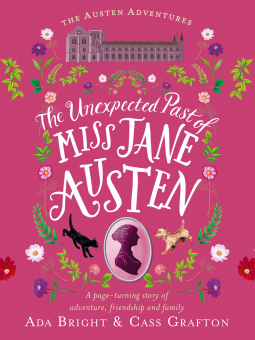 This combined the best of several genres - history, English literature, time travel, modern romance. The combo worked very well, each one complementing each other, not jarring and not out of place despite the huge differences in time, and naturally everything was different from food to drink to dress to attitudes.

Rose and Aiden are transported back in time along with Jane Austen who was living in modern times to her (JA) own time. Going back 300 years so they are aware all of them of the future of Jane Austen, her popularity, her death (at this time she had only four years to live). Rose discovers her father who disappeared when she was two. He was on a boat and his body was never found. He is also part of the time travel saga. He now appears in JA time as a much married man with a family. It is Jane who discovers the fact of Rose's father and then convinces Rose herself.

That is the main story but it is the little tidbits about the actual living conditions in Jane Austen's time of the 1800s which were fascinating. The food (horrible), the water (undrinkable), the bedding (uncomfortable) and the clothes (difficult). The standards of behaviour not easy for a 21st century miss and one had to conform.

The book and its story and characters were both entertaining and educative.

Sent to me by Netgalley for an unbiased review, courtesy of Canelo.
Posted by Mystica at 8:03 PM

I wonder about the beds now, lol

This sounds likes a great combination. I plan to check it out.
Thanks for sharing!