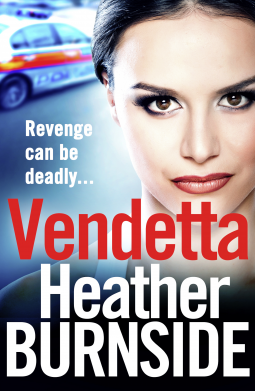 I have been reading books which have been so idyllic that they are too good to be true, or really horrendous thrillers.

This was certainly different. Adele has been thrust into the running of the nightclub owned by her brother who is currently in prison. Everyone in the story has served time, including Adele and it is dealt with very matter of factly and casually in the book. Whether that added to the general effect of lawlessness or the undercurrent feeling that everything was slightly dodgy is another thing.

Adele wants to run the club free of drug dealers but she is up against the implacable Glynn who wants a share of the action and is intent eventually on getting rid of her brother. Though Adele has her suspicions of Glynn she has no concrete proof to present to Peter who is skeptical of his sister's views on the subject. Since she was once involved with Glynn Peter thinks she is a bit sour that he has now found someone else.

The story goes on and you know that it is not going to end well for Peter despite he getting out of prison. Glynn pretends for a little while that he is a friend, but is constantly undercutting Peter and cheating him of his share - whether legally or illegally acquired is a moot point in the story.

The book was different because here we were dealing with characters who all had served time, who did not think twice of cheating, who were involved in the drug trade and who had no qualms how they earned their daily bread.

Sent by Netgalley for an unbiased review, courtesy of Aria
Posted by Mystica at 3:26 AM

Yes, a different type of read. Not sure if it's one for me but appreciate you sharing about it!