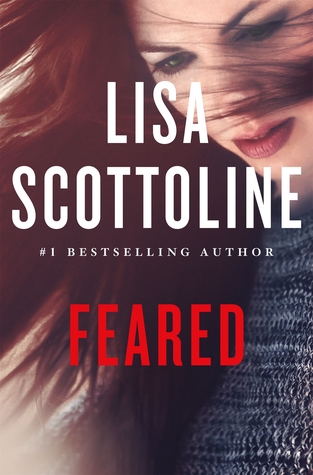 A reverse discrimination suit brought against the all female firm is a new one for the books and it is Mary's arch enemy Nick Machiavelli who is behind it all. Having a trusted associate turn against them was a hard one to accept, but when a day later John is found murdered the entire issue is thrown wide open with several suspects including his secret fiancee who happens to be a partner of the firm (who also kept quiet about the relationship until his murder).

Mary is seven months pregnant but she does know that Machiavelli is waging a personal vendetta on her and her firm. He is determined to get rid of them professionally but has left no traces to connect him with any of the suits brought against them. It is upto sheer hard detective skills that they are able to find traces of Nick's hand behind all the problems they face. Devious and like his name, Nick is brought down to earth with a thud (this sounded a bit unimaginable) by his mother to whom he cannot lie.

The Italian American community seems larger than life in Philadelphia and it is they who are in the forefront of Mary's endeavours to get to the bottom of their problems.  Held back by her pregnancy, she seeks help from any quarter to put an end to this battle which will see all her hopes and aspirations for her firm of lawyers dashed. This is where her arch enemy's mother came in!

I liked this bunch of feisty women who were not going to give in until justice was done. Despite skepticism from partners, withdrawal of cases from their clients, intimidation by the press they kept on.

Slightly different to Lisa Scottoline's other books, this was nevertheless a very good book.

Sent to me by Netgalley, for an unbiased review, courtesy of St. Martin's Press.

I haven't read a lot of her work but have enjoyed what I've read. This sounds good.

Hoping to get the audio version of this one from the library soon.