The View from Rainshadow Bay by Colleen Coble 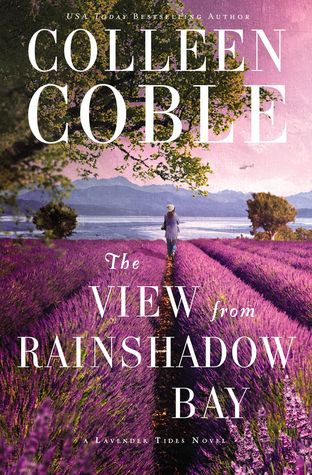 Shauna is a young widow with a little boy to raise. She has faced her husband's death in a climbing accident with courage but she knows she has a long way to go facing life on her own.

When her mentor and close friend is also murdered in a planned explosion, Shauna knows that there is danger around. When his wife too is killed, investigations then begin to find whether there is a link between Jack's death and these two deaths along with the death of the couple's daughter which had been ruled as a drug overdose. What is driving the murderer and what is he looking for.

Zach was Jack's friend and partner but the one person whom Shauna has avoided since she blames him for Jack's accident. He is however the only person she can trust with her son and her own life because everything she has known now seems to have hidden secrets. Unraveling the lot is time consuming not knowing what they are looking for and each accident that happens brings Shauna and her son more and more into danger.

The plot was fairly predictable and men being overly protective of their womenkind was a little too pronounced but generally it was a pleasant read. Shauna herself was a helicopter pilot so was no shrinking violet herself but the impression given was that she needed protection. This was the bit that I found a bit too over the top!

The element of romance was inevitable and predictable as well.

Sent to me by Netgalley for an unbiased review, courtesy of Thomas Nelson Fiction.

I don't think this one is for me.

I've agreed to review another book by Colleen Coble, I've seen her books around so thought I'd try her. Will keep in mind your points about the men being overly protective!