The Last Suppers by Mandy Mikulencak 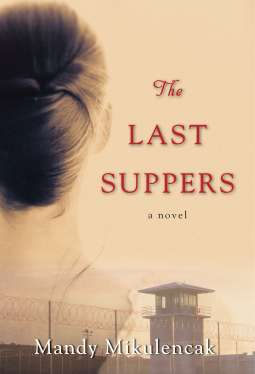 In the 1950s Louisiana did not seem such a nice place to be. Unless you were white and then in control. Ginny was a child of a prison guard who met an untimely end. His killer went to the electric chair for his murder but Ginny knew that there was something off about the sentencing.

After her father's death and many intervening years, Ginny herself finds work in the prison where her father worked as a cook. She is particularly renowned for catering to the last meal of those on death row despite there being a lot of opposition to the practice. Her relationship with the present warden of the prison does not do either of them any favours and both Ginny and Roscoe finds themselves on the receiving end of a lot of antagonism and resentment.

Ginny is an emotional, sensitive soul. She also feels that justice should be done and the penal system of the time does not mete out any justice for those in the system. The brutality of the guards or the fellow prisoners and the supervisors turning a blind eye to all that went on under their eyes was something Ginny could not tolerate. That she had no recourse and no one who would listen to her was of course another story.

The story was harsh, unrelenting and unforgiving. It did not leave room in the system for someone who was kind or who was wanting what was right to be done. It also obviously is also a piece of history as this may have been the system of all prisons in the country at the time. Unpalatable but true.

I enjoyed reading this story despite its harshness.

Sent to me by Netgalley for an unbiased review, courtesy of Kensington Books.

It sounds like this must have been an intense book, but really quite interesting. Great review.

I get it Ginny, the justice system...

This sounds interesting, even if harsh. But prison life is harsh and so it sounds like it is realistic. I am glad you liked this one, Mystica.