Letters to Iris by Elizabeth Noble 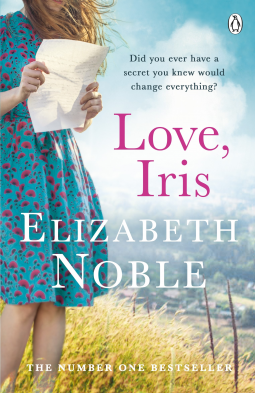 The blurb spoke about love in all its forms and this is perfectly true of this story. The main thread is the immense affection and love that Tess has for her grandmother Iris who was the mainstay of her life in the absence of her mother and father and they were a mutual admiration society for each other. Until now. Iris has early onset dementia and moving her into a home is the only option available.

On top of it all Tess's own relationship with Sean is on the rocks with an unexpected pregnancy and going back to mother is a reluctant option considering their strained relationship over the years.
This is the beginning of the story. Unraveling further we have other characters coming into the story inter twining with the main character Tess and bringing with it parallel love stories of differing kinds. A marriage on the rocks after forty years, the difficulty of getting into a new relationship, the beautiful relationship unexpected and not often found between a mother in law and her daughter in law and the late blossoming of love and respect between an estranged daughter and mother.

It was a story with a very happy ending which was expected but it was not silly or fatuous. It made for a story well told.

Sent to me by Netgalley for an unbiased review, courtesy of Penguin UK Michael Joseph.
Posted by Mystica at 10:26 PM

Adding it to my GR list. Thanks for sharing!

This sounds good and I love the cover.

This sounds so good!! I'm adding it to my to read list.

I like the sound of this very family oriented book and especially that relationships seem to be mostly worked through by the end of the story. One I'd read for sure.