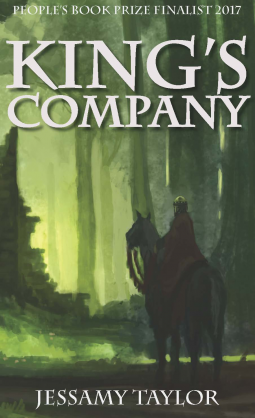 I avoided history of the mid 1200s because I inevitably found them humdrum, hard and relentlessly harsh.

This story was harsh all right but the story telling of William, a young second son of a manor who dreamt of becoming a knight, fighting wars, winning glory but was in reality only looking after the pigs or helping out in the fields and who always was hungry because the harvests were always never quite enough. He knew the responsibilities for his brother Richard were enormous but Richard never sought adventure the way he did.

A chance encounter with Phillip who he rescued and offered a safe stay with turned into something much much more. It would have been eventually described as treason but the road to it was so full of adventure, so convoluted and so much on the off chance as it were that it could be considered a fairy story!

Going from being part of the Kings most ardent supporters to turning against the King was never in William's mind. The fact that it happened, that it got the blessing of his family was beyond belief and it was a story that kept one enthralled from beginning to end.

Not in the least humdrum, not boring but an adventure throughout!

Sent to me by Netgalley for an unbiased review, courtesy of Endeavour Press.

I do not read many books set in this time period either. I am glad you ended up liking this one!