Secrets of the Lighthouse by Santa Montefiore 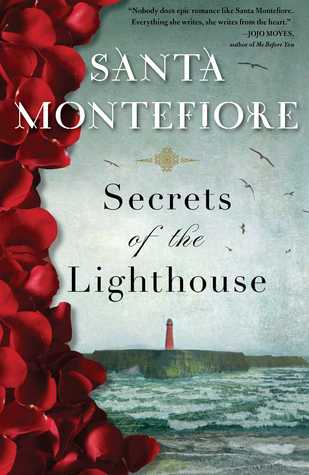 After reading mystery murders and thrillers this was a good change. A family saga going back just two generations but worlds apart.

Lady Madeline Trawton is very much the aristocratic lady of leisure in London. With three daughters, two married into the aristocracy, her aim is to see her third also well settled. Ellen however is the changeling. After a serious think about her future, she flees her family and her fiance an retreats to Connemara where she knows her mother originated from and to her only sister. On arrival there Ellen discovers so much of the Bryne clan including the fact that her mother not only had a sister but several brothers.

Connemara works her magic on Ellen and this is where the romance starts. Apart from the romance which was a startling one, we also have a spirit of a wife who is very real and who does not want to let her husband and children go and who is clinging to be part of their lives despite it being five years since her tragic death.  Her death sudden and mourned by many is shrouded in mystery and innuendo and though the case is closed there are many who point the finger at her husband as a murderer. Ellen falling in love with Connor was not part of the equation on not just the part of the Bryne clan but also by the spirit of Caitlin who now tries to devise a method of keeping the two apart.

The story of Ellen's mother and the two different worlds she inhabits and the reasons why she acted the way she did also unravel slowly and forms almost another story within the story.

This was a book I picked up from Glen Waverley library in Melbourne.
Posted by Mystica at 12:28 AM

I'm not sure I would like the spirit part.

I love a good family saga and the setting appeals to me.

Hmm sounds a little different and appeals to me so am putting into my TBR.

A good historical romance can be a welcome break from the mystery novels!

I have been wanting to try this author