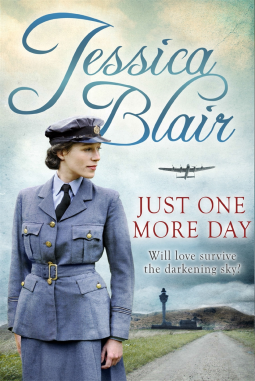 The year 1939 was tumultuous for all. It brought such great change to the social mores of the time and especially marked a turning point in the status of women. At that point in time, the worth of what a woman could do began to be pointedly noted and though there was a long way to go, this was a good starting point.


Carolyn was just a schoolgirl but someone who was bright and intelligent. When her brother Alaistair joins the Air Force immediately Britain declared war against Germany, Carolyn knew where her future lay. The moment she legally could she with the reluctant blessings of her parents joined the WAAFs - the Women's Auxiliary Air Force.


Whilst on her way to enroll she meets up with a friendly airman who helps her out with directions to her posting in London and her conversations with him despite being of a short duration makes a lasting impression on the young Carolyn. Joining up, meeting up with other young women equally determined to contribute to the war effort Carolyn has to learn to be independent, away from home for the first time and also learn how to manage the many young men who are around her.


She finds the work heady, the environment tense but at the same time feels so alive to be doing something vitally important for the war effort. Underlying all this however is the threat of constant death and the death of so many comrades - here today gone by nightfall makes living on a bombing station like walking on the edge of a precipice. Unlike her other girl friends she decides to only have a platonic relationship with any young man who shows interest in her because she feels that she will not be able to cope with a loss of a loved one so early on in her life.


The story of life on a bombing station, the picture of what goes before an actual bombing raid starts, the collection of intelligence and information and how it is all brought together before a briefing as to how it should be managed was meticulously done but was not boring. The life of the station was equally important to the story as the story of Carolyn herself.


A touching love story as well as a good descriptive one of WWII in this corner of England.


The book was sent to me by Netgalley courtesy of Little, Brown Book Group UK.
Posted by Mystica at 1:00 AM

Sounds like a very good read. Young women must have had to grow up very fast in circumstances like this. Good that you enjoyed it.

I enjoy this time period and love the stories of how women contributed.