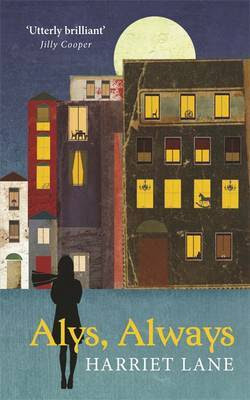 I'd read about this book on several blogs over an year ago but I always come to the party late but I am ever so glad that I finally did come. This was a book which could not be put aside. I had to read right through and finish it one go.

Frances is a very small cog in a small newspaper.  Returning after a visit seeing her parents she comes across an accident in a rural area, informs the relevant authorities and stays with the injured woman till help comes. The woman eventually dies in hospital. The family are very glad that their wife and mother did not die alone and that at the time she was injured she had someone with her though Frances never thought that the woman was so severely injured that she would pass away.

This family wants to make contact with Frances, and Frances herself likes this very much as it would give her an entrée into a world that she would like very much to be a part of. Using this to her advantage Frances develops the relationship to another level - encouraging the daughter Poppy and befriending her, even enduring her snubs and patronizing attitude in order to get a step into this new world. The attraction which I did not realize till halfway through the book was Laurence, the widower here and Frances skilfully and methodically makes her way so that she becomes attractive to him and part of their life.

The ups and downs of this new relationship becomes the third part of this story and it is so skilfully told that you are constantly wanting to know what is going to become of Frances of Laurence, of Poppy, Teddy and everyone else who is involved. Calculative, cold blooded and manipulative and at the same time full of charm, Frances is a force to be reckoned with.

This is a debut novel - amazing and un putdownable!

It does sound good...I hope your enjoying your summer?
I bet your temps are way higher than ours though...Heidi

Frances must be an interesting character! Unputdownable sounds good!

I LOVE this review! AND this is why I love visiting book blogs - this title might never have caught my eye if not for your review!

I liked this book, very much, too. Enjoyed your review.

I have my It's Monday, What are you Reading link below. My Mailbox Monday can be found on my blog in a separate post.

Elizabeth
Silver's Reviews
My It's Monday!! What are You Reading?