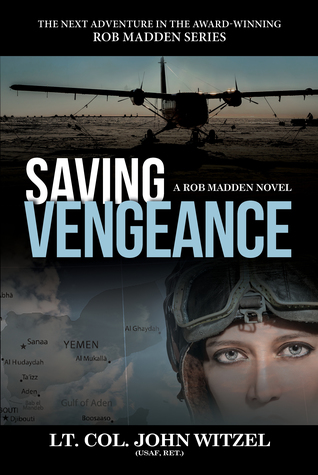 Rob has a hard road ahead of him . He has to live with the knowledge that it was his job which cost him the life of his wife and two daughters. Not an easy cross to bear and one that he is barely able to acknowledge. His survival depends on vengeance on those who planned and executed the attack and after a couple of years it is in his sights.

Rob has kept a low profile though observed throughout by interested parties on either side of the fence. Now with his recent covert operations, he is back in the limelight and there are parties on the other side who are also seeking revenge for loss of their own.

With the help of Special Operations and a supporting cast, Rob goes back into Yemen into an area of almost impossible terrain on his biggest operation yet.

Apart from the thread of revenge, this story is a polished account of how I presume a special operation would work giving in detail the procedure and manner in which such a dangerous journey is accomplished.

Sent to me by Netgalley for an unbiased review, courtesy of Wildcutter Publishing.