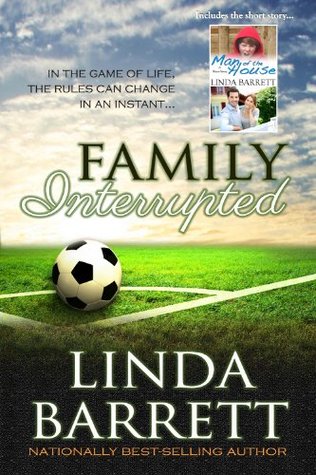 The worst nightmare facing any family. The death of a 12 year old daughter by accident. Though an accident Claire blames herself for dawdling at an art class, then speeding, then getting a ticket which delayed her return home. Ian her son blames himself as he feels his mother blames him totally. He was supposed to do homework with his sister but they were playing ball in the driveway. Jack our father was not directly involved right then but this is a family issue.

We go through with the Barnes family of two years of hell. Each one in their own private hell. Claire just cannot come to terms with the loss of her little girl. She is resentful that others in her family including the extended family seems to have moved on. She wants to wrap her memories of Kayla her daughter and keep it in a time warp because that is all she will have. She realizes that she will have no grown up memories of Kayla and she will remain a twelve year old always. Claire neglects more than her husband her son Ian, driving away a very clever boy away from home. Ian takes up an internship in the petroleum industry fifty miles away just to get away from home. He feels he cannot live with the atmosphere there and no amount of talking by his father is going to bring him back.

Jack as the father tries to keep his business alive, thriving and going forward. Desperately missing his daughter, he seeks solace in work and in building on the business he himself founded and preventing it going under. Claire looks on this as indifference to her loss and the loss of their daughter and does not see that this is Jack's way of coping with his personal tragedy.

The story was a difficult one but it was not overly sad in reading. Humour aplenty especially how Claire's mother and sister try to get their sister out of her depression and for her to start living again. How each person copes with survival after a death like this forms the crux of the story and how a family almost broken into smithereens comes together again. Also very important is the other side of the coin. The actual driver of the car which killed Kayla. An average mother with two children - no speeding, no alcohol, no drugs just an accident with the sun blinding her whilst she took a corner. How this lady copes or rather does not cope in the aftermath of the accident is the other part of the story.

A good read. I think I am going to keep away from death and sadness and now look for something fluffy and light!