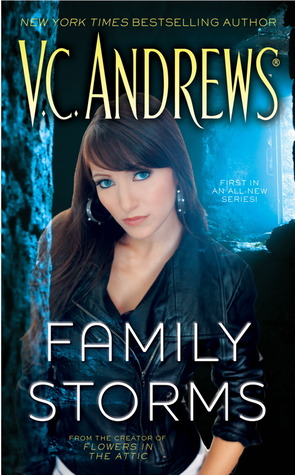 Sasha lives on the streets with her mother who has gradually become an alcoholic. Sasha loves her mother deeply and is the adult in this relationship.  A speeding car puts paid to Sasha's precarious existence when her mother is knocked down and killed and Sasha herself badly injured.

Things start looking up when Sasha is taken in by Jordan March the mother of the girl who drove the car which killed Sasha's mother. Jordan feels that this is the only way she can repay Sasha for the loss of her mother. She offers every material comfort possible not knowing or rather deliberately closing her eyes to the antagonism that Sasha will have to face from her daughter Kiera and even from her husband who thinks that providing a trust fund for Sasha would be the best alternative.The story proceeds with setbacks for Sasha in her new home because Kiera is manipulative and destructive and is envious of Sasha's position in the family. How it all ends well adds further to the fantasy of this story.

The story is a rags to riches one and surreal. Fantasy - because one knows that things like this just do not happen. I expected more from the author as reviews for books by this author have been consistently positive.

The story is without any dimension and the characters are stereotyped - was disappointed with this book anyway.

Oh, I'm sorry it was disappointing...I had high hopes.

Thanks for visiting my blog.

Sorry this one didn't work out for you Mystica. Have you read the V.C. Andrews original books like Flowers in the Attic? I read that one in January I believe and didn't care for it either and it turned me off the idea of trying anything else by her or her ghostwriter.
I hope your next read is better.
Thanks for stopping by my blog today :)
-Kimberly @ Turning the Pages

I'm sorry you were disappointed with this one. I never read anything by this author.