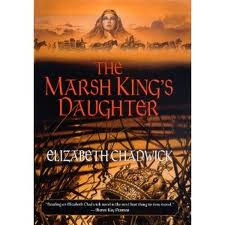 Miriel finds herself at odds with her stepfather who dislikes her intensely and wants to incarcerate her in the convent of St. Catherine's so that she will never be seen again.  Miriel's temperament is not made for the convent and her constant rebellion there makes her a thorn in the side of the nuns especially one of them who gets a sadistic satisfaction in putting her down at every turn.

Whilst in the convent and on one of her visits to a sick villager Miriel comes across the washed up body of Nicholas who has escaped death in the quicksands of the nearby estuary and she is partly responsible for his nursing during the stay in the convent. When Nicholas leaves the convent, Miriel sees this as her only form of escape and goes away with him but subsequently she robs him of the gold treasure he had retrieved which was part of St John's gold which sank along with the baggge train of the king. Fortunately she does not rob it all, but she does take a great deal of it!

Miriel uses the treasure to build up her fortune (her knowledge of wool and spinning holds her in good stead). Forced into one marriage with a man thirty years her senior he dies leaving her unprotected. Miriel is then forced into a second marriage which is disastrous for her and it is during this marriage that she finally meets once again with Nicholas - now a prosperous ship owner.

More than about Miriel the story deals with medieval times and the dominance of men over women. How helpless women were and even though someone as wealthy and as clever as Miriel was, her property and wealth belonged to her husband and it was he who had a say in what could or could not be done. His power as husband was absolute. He could even persuade a doctor to declare her mentally unstable and force her to be institutionalized. Medieval times were not kind to women in general.

The book was a romance in the main with a bit of history thrown in. The legend of the fortune which disappeared in the marshes is history - I wonder whether people today with all the modern gadgetry available still look for it?

Since I don't read much historical fiction and rarely read romance, I don't think this is for me.

I think I may like this book with my love of historical fiction. I haven't read any of Chadwick's books yet but intend to this year.

I do enjoy historical fiction from time to time so I think I might like this book.