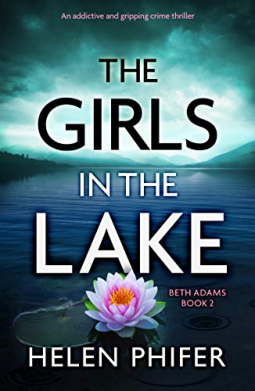 Three young women turn up dead.  The first two victims were found by people who were used the lake regularly. The third victim was unusual. She was pushed into the lake, was rescued but died a few hours later in her own bedroom. All three girls were pretty, blonde and young. All three were acquaintances of three young men.  Two of the men had unsavoury reputations, and one was just a hanger on without money or consequence, just a fellow student.

The story of three young men without any seeming purpose in life, two of them just seem to want to find an easy girl for the night or day, the other equally aimless and not doing anything constructive. The story of too much inherited money and not enough responsibilities and even consideration of others. Condescending, patronizing the worst  possible friends one could have.

Forensics in the form of Dr. Beth Adams refuses to accept that the deaths are accidental and she pushes the detectives on the force to look for anything suspicious. When she feels that the investigations are not making any headway she conducts her own. With the third girl's death, all of them combine efforts to prevent a fourth.

The end was surprising. Like all thrillers it was a twist to the tale.The characters though not likeable at all were compelling as part of the story.

Sent to me by Netgalley for an unbiased review, courtesy of Bookouture.
Posted by Mystica at 5:32 AM

I like it when someone other than a professional detective investigates a crime or homicide. The character of Dr Beth Adams sounds convincing, partly because she cares enough to find out what happened to the three women.

I do like when there are twists and I love thrillers.

I do love a thriller with unexpected twists.

I like the sound of this one. I recently read a thriller and don't think I liked any of the characters either. That seems to be common with these types of books, doesn't it?