Who she is. By Diane Byington 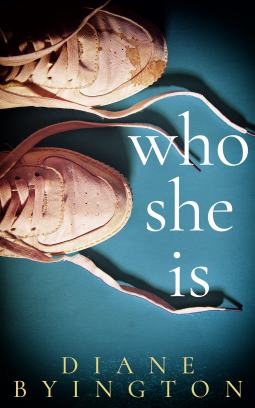 This was an emotional, but good read. For most of the story I was fighting for Faye, hoping that she would get out of the relentless hold of her parents Sue and Bud but I also knew she was under sixteen, had led a very restricted lifestyle and to rebel and break away was going to be hard if not impossible.

Moving every few months, no roots, a father who seemed over powering and a mother who was a coward Faye never had it easy. Her passion for running should not have got such a lot of opposition from her parents. She did not ask for money for the sport, it had the support of the school, she was so good at it that she could possibly get into college so why were the parents so anti running. Was it just because they thought it was not their social level to go to college, or is it that they just wanted another wage earner in the family. Or was it something a bit more.

Unravelling the story was a good one. Only revealed half way through that things are not exactly as they seemed for this family it goes one step at a time with fortunately a happy ending for Faye.

Sent to me by Netgalley for an unbiased review, courtesy of BooksGoSocial.
Posted by Mystica at 8:57 PM

This sounds like a book I'd enjoy. I love the unique cover.

Mystica, typically, how long does it take you to read each book and especially those from NetGalley? I read ebooks slower than I do paper books.

I'm a cover snob and that cover really caught my attention. This sounds like a book I would like. Maybe my library has it.