Behind the Lines by W F Morris 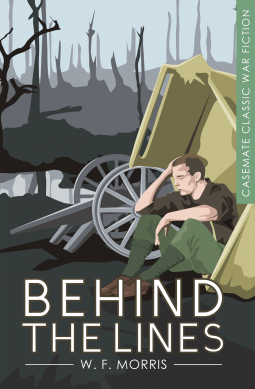 The first time I am reading a story from the other side of the lines. WWI and II has brought about a plethora of books. All very good reading. This is a story of someone who is a deserter who kills a fellow officer and then joins a rag tag group of men, on the border lines of the actual action, scrounging a living from the dregs remaining of actual warfare and somehow surviving.


Peter kills an officer and is convinced that he will not get a fair hearing. He is sure he will be tried and hanged for this offence. He has no choice but to flee but he lives in torment as to what he has been forced to give up. The chance of love because he just met a young lady who has taken his fancy, his family back in England and the goodwill and reputation he had as a very good man in the army itself.


Trying to balance his life with the fugitives with whom he has thrown his lot, he must also avoid capture by the Germans, try to regain contact with his girl and fall on her understanding and mercy for his absence and lack of communication and try to come to grips with life again.

Very well told for such a harrowing background, you root for Peter all the way.

Sent to me by Netgalley courtesy of Lake Union Publishing, for an unbiased review.

Hm, Peter doesn't sound very likable. I'll have to think about this one.

I read a lot of WWII books and will keep my eye out for this one.

This sounds like a very good book, Mystica. Besides, I love war and spy fiction. I will check this out.